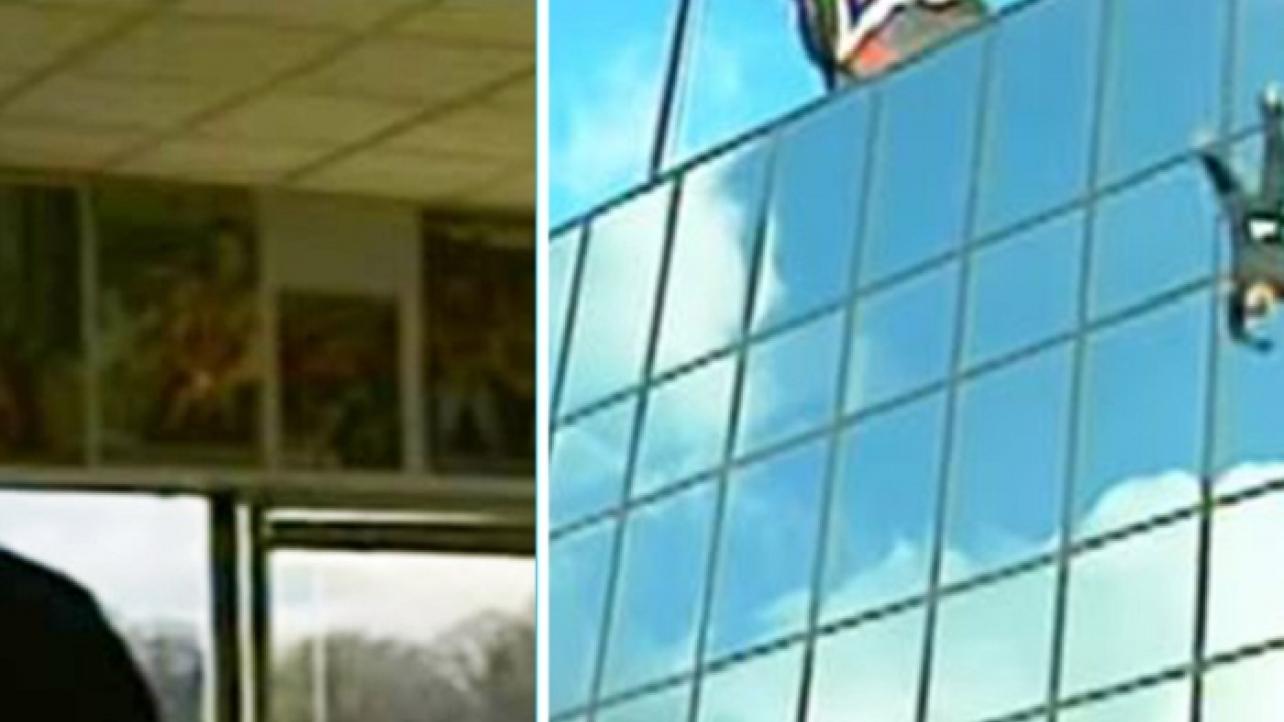 Pro wrestling fans can expect to see a huge stunt on the roof of WWE Headquarters at tonight’s Money In The Bank pay-per-view.

Promotional advertisements and videos on television building up the Men’s and Women’s Money In The Bank “Climb the Corporate Ladder” matches have hinted and teased at somebody being thrown off the roof of WWE Headquarters in Stamford, Connecticut, with multiple WWE Superstars mentioning the possibility of this happening during the commercial spots leading up to the annual event.

According to the Wrestling Observer Newsletter at F4WOnline.com, some people who know what happened at the taping of the matches (or at least a significant portion of the matches) back in April note that Vince McMahon was seen showing an unnamed talent who was supposed to be the one who goes off the top that the company set up the stunt safely.

As has been the case with many stunts WWE has had Superstars perform over the years, such as Shawn Michaels’ infamous zip-line entrance from the rafters down to the ring at WrestleMania 12, Vince McMahon himself reportedly demonstrated the stunt by doing it himself first.

With the “Climb the Corporate Ladder” matches in particular expected to air with the “cinematic style” that was used for the critically acclaimed “Boneyard Match” and “Firefly Fun House Match” at WrestleMania 36 last month, it is believed that the roof-top-stunt will be incorporated into the PPV broadcast by being edited in to the match in some form or fashion.

The reason for this opposed to the stunt being performed live, is that it obviously greatly reduces the chances of a potential disastrous, or worse, tragic/fatal accident occurring during the spot.

For multiple spoiler photos of the WWE Money In The Bank “Climb the Corporate Ladder” match taping in April, check out the following articles here at eWrestling:

Make sure to join us here at eWrestling.com THIS Sunday, May 10, 2020 for LIVE WWE Money In The Bank Results coverage!