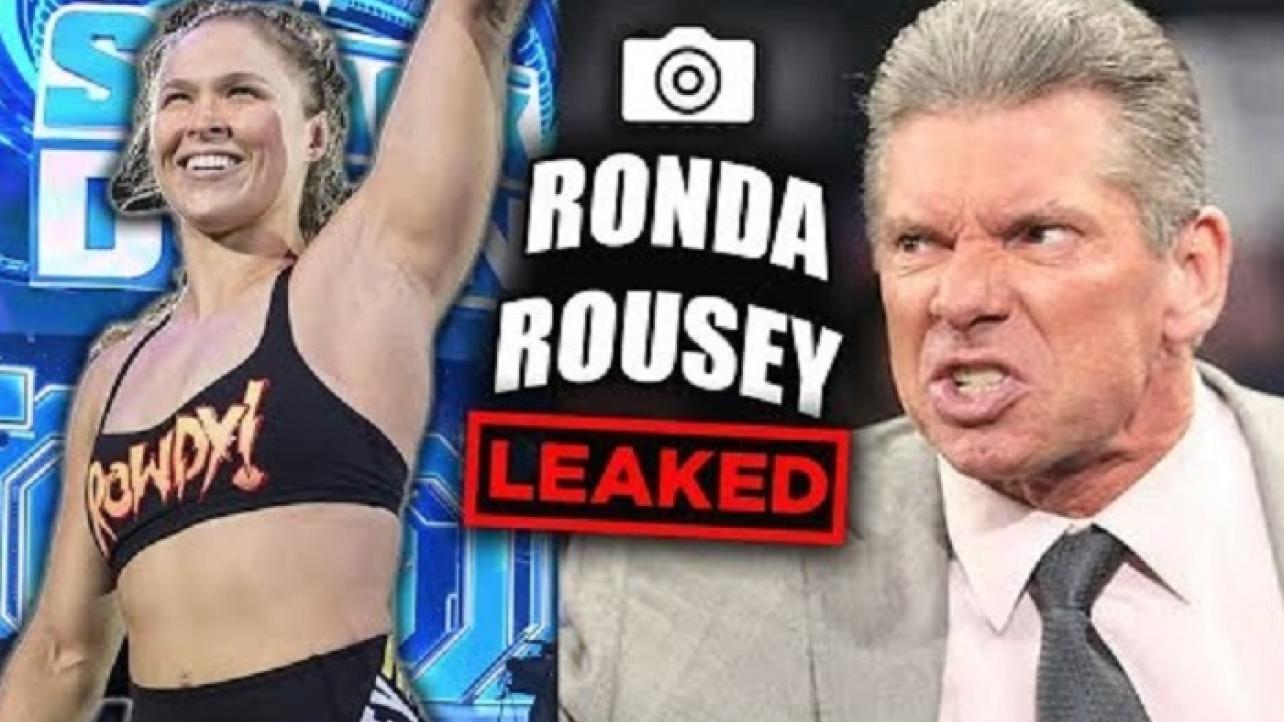 The recent photo of Ronda Rousey with Cain Velasquez at WWE Headquarters in Stamford, Connecticut meeting with Vince McMahon making its’ way online caused a “bad freak out” from Vince McMahon, who was enraged that he couldn’t fire the culprit responsible for the leak.

The story goes that the photo leak reportedly caused “quite the stir” in the offices at WWE Headquarters, mainly because Rousey’s presence in Stamford, CT. was supposed to be “top secret.”

Apparently nobody was supposed to know outside of a few key people, according to a report by Dave Meltzer in this week’s issue of the Wrestling Observer Newsletter at F4WOnline.

Velasquez and Rousey meeting up at WWE Headquarters at the same time was a coincidence, however the photo making it online started rumors that Rousey was going to be back for WrestleMania 36 in some capacity when the show goes down in a couple of weeks.

This is considered a significant negative factor, as it puts pressure on WWE to deliver and/or takes away from the “surprise factor” when she does appear, or whenever the announcement that she will be appearing is made.

The Wrestling Observer Newsletter also notes that they were in the offices for a “number of items” and that is common as talent is often brought in for meetings with various departments, especially after the recent corporate changes that were made in December.

According to one source, Vince McMahon was “freaking out badly” over the picture getting out and knowing that he couldn’t fire the person who leaked it, because that would be Velasquez himself, and he was oblivious to the fact that he had even done something wrong in the first place.

Another source though states that the situation was “overblown” and people were laughing about it more than they were freaking out over it.

We will keep you posted here at eWrestling.com as additional details surface regarding this story, as well as anything else related to “The Show of Shows” on “The Grandest Stage of Them All” for WrestleMania 36.

UPDATE: Very, VERY detailed breakdown of #VinceMcMahon reportedly “FREAKING OUT BADLY” over “TOP SECRET” meeting at #WWE #HQ in Stamford, CT., wanted to FIRE big name over it & #WrestleMania36 could be MAJORLY affected as a result …